Are you an author thinking about creating an audiobook but don't know anything about it? Maybe you're new to voice acting and are interested in narrating audiobooks but don't know how to start? Well, in this episode our guest, Ashley Durham of Malibash Media, LLC., Marccella, and I are going to give you a crash course into everything that has to do with audiobooks. Everything from platforms to upload your audiobook (besides ACX and Amazon), what agencies look for in narrators, some tips and tricks we've discovered that work, and more.

All links discussed are provided in the show notes.

Visit BeyondthePenPodcast.Com to learn more about the show, our guests and their social media accounts, and where you can get YOUR copy of their books. Help us grow our supportive community of book lovers worldwide by leaving reviews, following us on your favorite podcasting platform, and sharing these stories and more with the book lover and storyteller in your life.

All episodes are transcribed for those who are hearing impaired. You can receive a copy of your favorite episode by donating $5 per transcribed episode. Make sure to leave your email address and what episode transcription you'd like.

Buy Me a Coffee TODAY to donate to the show.

So today is going to be one of those that. I thought it would be interesting to do a little bit of an education for our, uh, our audience slash listeners today, because I've noticed that there's been a lot of, um, movement within the audio book world. And I know this is a.  a big thing for authors that are trying to get into it, but don't know how to go.

And a majority of times they always go to Amazon ACX and do that thing, and then they're just stuck. So I thought it would be an interesting idea to not only talk about this, but to. Really come to it from a educational point of view and have a friend of mine by the name of Ms. Ashley Durham come in from Malibash.

Uh, she is a great friend of mine. I've known her for quite a while and she has an agency, a media agency that deals with this, but also the other great thing about it is, is that she's not only, uh, the owner of Malibash. She's also a voice actor. She's an actor, she's a model, she's a mom. She is literally the title of boss.

So I thought it would be interesting to get her insights into it as well. So ladies and gentle. Without further ado. I bring you Ms. Ashley Durham. Ashley, welcome to the show.

Thanks Mack so much. Uh, I appreciate that really great introduction. I don't think I do half of that stuff. Um, sometimes, so it's kind of funny when people line it up for me, I'm just like, oh yeah. It's probably why I'm so tired all the time.

It's it yeah. Yeah. Pretty much. So. For everybody else who doesn't know you like I do. Could you just introduce yourself and tell everybody just a little bit about yourself, but most specifically something they can't find on the internet about you?

Hmm. That's a good question. So I've started out, uh, In the corporate world. And then I went to nonprofit and then back to corporate, um, ended up going into modeling at the same, like kind of at the same time, cuz you can't just jump into modeling for most people. Um, and got to experience the whole side of agencies, you know, um, kind of their agendas and also just being able.

Put up for yourself, you know, and how far you, how far along you can get with that versus working with an agency actually, um, did some post production with Sony and now I started my own company just because I've seen a lot of the, the good, the bad and the ugly in the film industry. So I think when I saw that, it just kind of helped me realize, um, if anybody hasn't seen the film, swimming with shark, it's a huge representation of what it, what the film industry is.

And so. I wanted to create a platform agency networking group that basically helps support the filmmakers and the media professionals. Um, no matter what type of genre that you're in. So that's what, that's what our little company is and what you can't Google about me. Uh, let's see. That's a really good question.

I might be stumped on this one, but, um, Probably the fact that I grew up on a farm. I don't think you could Google that about me. So, um, have some pretty humble beginnings as far as that goes, but you know, it was really a great experience for me. We had this huge something that I just remember is we had this huge, almost acre.

Garden that we had to take care of for our family. And, um, this makes me sound really like old fashioned, but it's okay. Uh, you know, good, good things in gardening, honestly. So I learned  how to grow anything from berries, all the way up to corn and, um, pumpkins and things like that, you know, learns what to watch out for were the bugs that you have to, you know, all those, um, You know, fun fact, if you grow green beans, there's these little yellow bugs that if you accidentally touch and they splatter in like yellow  yeah, you're shaking.

You're nodding. I love it. Marcella. Um, And it's one of the grossest little bugs you'll ever know about, but you won't know, or have ever met this bug until you've grown actual green beans. So for all you out there, interesting growing green beans, this is your time to experience the bugs. Um  but anyways, I've, uh, gotten to know Mack for a while now and have experience, we've actually worked with Mack for voiceover and things like that. So we've been in the industry a little bit, you know, and it's, it's difficult with the voiceovers. It just like with anything, you know, everybody wants to be voiceover wants to be a writer kind of thing. So, um, yeah, I'm happy to share with you, whatever I possibly can today. I'm just thank you for letting me be on the show. It's an honor.

Well, I have to, because I've been on your show quite a bit, so, you know, We gotta, we gotta play this a little bit. So I wanted to first start out by giving some ideas of what, what should, uh, authors really look for in the voiceover, uh, voiceover world before they actually accept somebody to be their narrator from an agency? Uh, agency's point.

From an agency's point of view, obviously you wanna look at budget . I mean, there's some names out there that are really great. They can bring a whole new vibe and atmosphere to a, a script. They can bring it to an audio book, whatever.  and you really, you know, they come out of the high price tag too.

So obviously the budget comes into it. What is your budget? What are you looking for? Do I need to cut down the amount of words that I'm having them work on? The amount of pages, anything like that that would make it easier? How do they work? You know, did they go catch up front or royalty based? You know, what, what exactly is it gonna be involved as far as, as far as that goes?

So budget plays a lot into it, unfortunately. And then based within your budget, you can oftentimes find some really cool people that. Exactly what you're looking for. Whether it's the tombo of their voice, or they've got a way of captivating an audience, and it depends on what type of genre you're looking for.

You're not gonna want somebody that has a, you know, high pitched squeaky voice for something that's deep and serious. You'll you'll have to figure that out as to what you're looking for. If you're trying to do, uh, recording for phones or something like that, you're gonna want that typical calming voice that's clear and concise and something that's gonna put people at ease.

If it's like an emergency line that you're trying to set up, or if you're, you know, setting up your own recording for a fun animations studio, maybe to have it more, Hey guys, how's that going? It's gotta have some power to it, some commands, and it depends too. A lot of people. For calming situations.

Women's voices. I know that sounds very, uh, sexist, but I mean, it kind of comes along with that, even though there's less women in voiceover than men. Um, they usually try to choose if it's a, something has to deal with kids, something that's more calming, something that's deals with, um, some more high class luxury.

It tends to be a woman's voice, which is just kinda bizarre to me. But, um, I've also.. 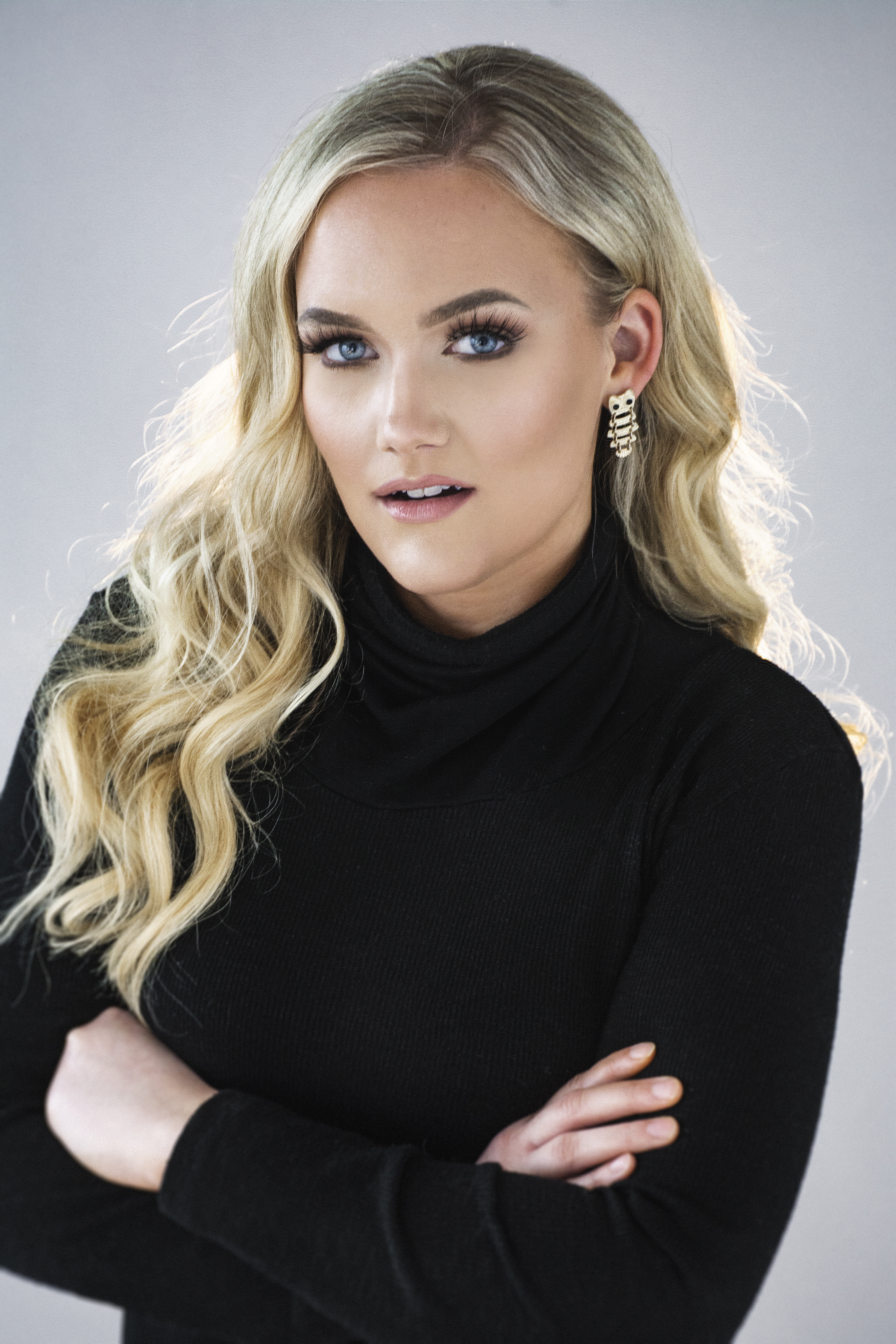 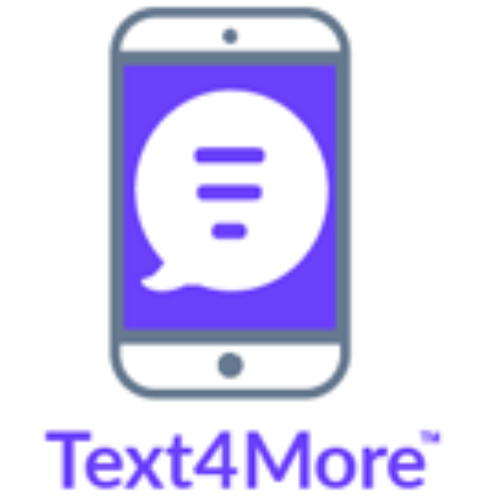